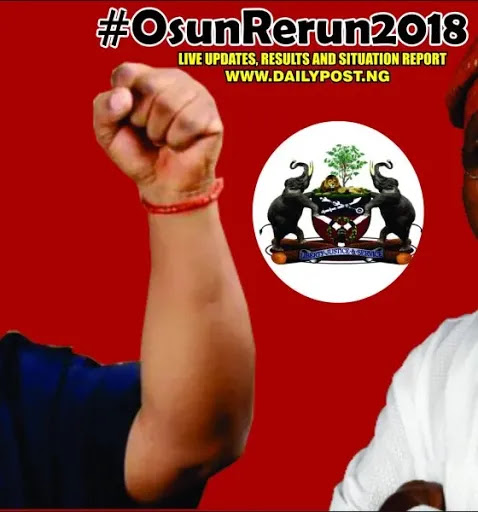 Today, voters will storm some polling units in Orolu, Ife

South, Ife North and Osogbo LGAs of Osun State to

determine who will lead the state for another four years.

The Independent National Electoral Commission had

ordered for a rerun after it declared the last Saturday’s

According to the Returning Officer, Joseph Fuwape,

polled about 254,698 ahead of Gboyega Oyetola of the All

Afuwape said since the number of cancelled votes, 3,498,

exceeded the difference between the two leading parties

(353), no winner could be declared, hence his decision to

Today, the political destiny of the state is in the hand of the

In a couple of hours, the people of the state will know who

will be their governor between a federal government backed-

JOSHSPOT would bring you live update from the election.