Governor Samuel Ortom of Benue State has affirmed that
there is no going back on his exit from the All Progressives
Congress (APC).

He told members of OnTiv Professionals Association in
Abuja that he would not return to the party for any reason.
Ortom spoke a few hours after emerging from a peace
meeting with the APC national chairman, Comrade Adams
Oshiomhole where he said he had not dumped the party and
had expressed hope of a peaceful resolution of the crisis in
the party.
But receiving his guests at the Benue State Governor’s
Lodge, Abuja, the governor said “I can assure you and the
good people of Benue that there is no going back on my
decision to exit from the APC.”
He added “at the appropriate time in the next few weeks, I
would make my next move public.”
Eelier, his Chief Press Secretary, CPS, Terver Akase had
challenged the APC to “bring out facts to back their claim
that they had faulted the performance of the Governor.”
He said: “During the State Congress of the party at Aper Aku
Stadium in Makurdi, it adopted the Governor as its
consensus candidate. Again, the party publicly said its
decision was based on the sterling stewardship of Governor
Ortom within the last three years. But being the true
democrat that he is, the Governor decided that other
aspirants be also allowed to vie for the governorship seat to
deepen internal democracy in the party.”
Ortom had on Monday stated that he was given red card by
the state arm of the party. 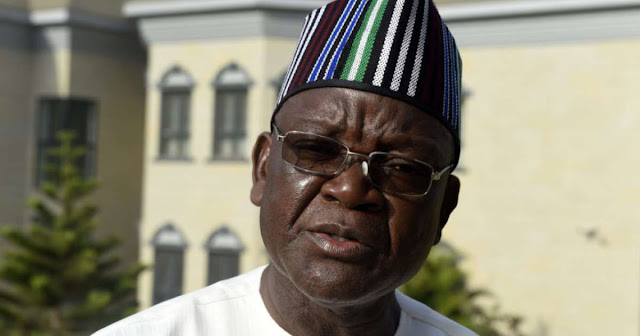