Nigeria Police has said arrangements have been concluded
to declare Senator Dino Melaye wanted.
Earn a Level 7 British Qualification and
study for an LLM Master of Laws
UNICAF Scholarships Learn more
Senator Melaye had accused the police of shooting at his
convoy on his way to inaugurate a project in his constituency
on Thursday in Kogi State.
Reacting on Friday, the Kogi State Commissioner of Police,
Mr Ali Janga, noted that the police opened fire in defence of
a purported shooting by some individuals in the lawmaker’s
convoy.
The police boss stated this on Friday while addressing
newsmen in his office.
“Unidentified civilians inside (a vehicle in the convoy)
decided to open fire on my policemen. You don’t expect the
police to fold their arms; eventually they replied and opened
fire too,” Janga said.
“Dino has been going round telling people that he was
attacked by unidentified armed men; no, they were real
police officers.
“They were there on assignment. Nobody attacked Dino but
rather, his convoy attacked my policemen and they
repelled,” he added.
The commissioner while condemning the alleged assault on
the police officers at the scene of the incident, said the
lawmaker had been invited for questioning and that the
police would be forced to declare the embattled lawmaker
wanted, should he refuse to honor Their invitation.
“We are going after him (Melaye) and if we cannot see him,
we will declare him wanted and we will send his name for
watchlisting,” Janga said. 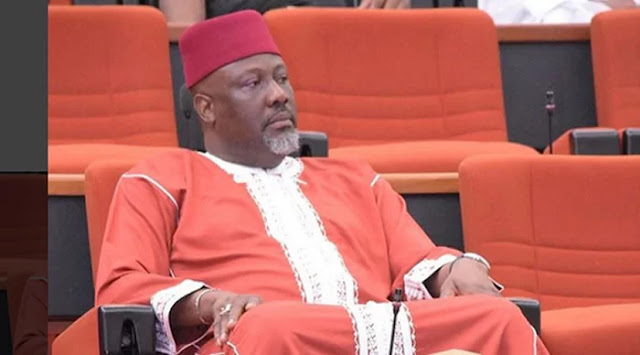