Bayelsa Governor, Seriake Dickson has declared that killings
in Nigeria were premeditated.
Get the latest devices with flexible
payments on Jumia Flex
Jumia Learn more
He stated this in a lecture on “National Security, Cultural
Values and the Challenges of Contemporary Governance,
the Bayelsa Experience,” which he delivered in Abuja.
He said that when a nation was under attack or security
challenge, the leaders, military, civilians, Christians,
Muslims, must come together to address it.
The governor said that what was going on in Nigeria was
more than the historical herdsmen and farmers’ clashes,
pointing out that the country had lost many innocent souls
to the killings.
“Who are the farmers having clashes with herdsmen in
Sokoto, Zamfara and other places? We must call a spade a
spade for the good of our country.
“We are dealing with a calculated attack on our country. We
are dealing with machinery of violence against innocent
Nigerians.
“Yes, we have historical incidents of herdsmen and farmers
clash but what is going on is far more than that.
“All Nigerians and people of goodwill should show
patriotism and let us interrogate these issues properly.”
Dickson also condemned what he called “politicisation of
the security, law and order’’.
The governor advised political leaders not stay aloof to
issues of insecurity but to work with the security agencies in
fighting insecurity.
“Political leaders must be proactive, have a vision to better
the lives of the people and must support the work of the
security agencies.
“It is the responsibility of political leaders to support the
work of men and women in uniform to address insecurity,”
he said.
He advised President Muhammadu Buhari to lead the
security agencies in addressing challenges in the country,
saying that security was the first condition for development.
“Nigerians are right to demand for protection. They expect
the security agencies to rise to the occasion and put an end
to the killings that are moving from one state to the other.
“If the people are under attack by foreign gunmen, that is the
more reason why the security forces and the President, as
Commander-in-Chief of the Armed Forces should lead the
security agencies to repel the foreign attack.
“If these merciless people are foreigners, it means that our
nation is under attack, and the first duty of any government
is to protect its citizens.
“We have lost enough innocent lives. Instead of these
killings abating, it continues to spread.
“That is why I said what is going on in the middle belt,
North-East, Niger Delta and other regions of the country is
clearly the most potent national insecurity.
“It is an essential threat our country has faced since the civil
war,’’ Dickson added. 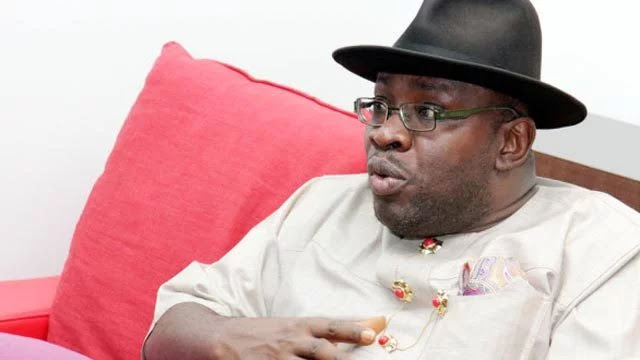