Skip to content
The wait is finally over and the biggest football festival in the globe kick starts on Thursday with host nation Russia take on Saudi Arabia in the opening game of the FIFA World Cup 2018. 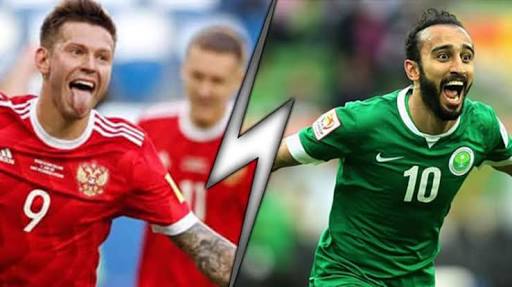 Predict now and stand a chance to win amazing prize for each correct prediction.It’s absolutely free.
Drop your prediction in the comment box below.

Note: Each winner wollwbe announced on this platform immediately after the match.
The hosts are tipped as heavy favorites, but both teams come on the background of terrible runs. The Russians especially are without a win in the calendar year 2018 and their last win date back to October 2017. Their current run is a 7 games win-less with 3 draws and 4 losses.
Saudi Arabia on the other hand, are having problems at the management. The former Chile coach Juan Antonio Pizzi is the third head-coach in the space of 10 months and he got little time to settle with the squad. The match against Russia on Thursday will be his 10th game in charge and is yet to find his best formation and starting eleven.

Team News
Russia boss Stanislav Cherchesov is still unsure about his best starting eleven. However, we feel that he will make his selection for the tournament opener based on form and reputation.

Saudi Arabia’s highest goal scorer Mohammad Al-Sahlawi is one of the players overlooked in most of the friendlies. He could get his name of the starting eleven as the lone striker at the expense of the ineffective Muhannad Assiri.