A Nigerian woman is taking United Airlines to court, alleging
that the carrier racially discriminated against her by
removing her from her flight at Houston’s Bush
Intercontinental Airport after a fellow passenger complained
that she had a “pungent” odour. 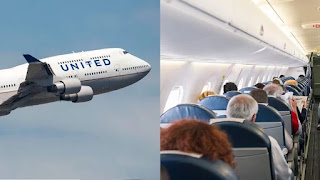 On May 11, Queen Obioma filed a federal discrimination suit
in Texas, stating that she and her children were wrongfully
kicked off a flight headed to San Francisco on March 4,
2016, the second leg of a three-flight trip from Lagos,
Nigeria, to Ontario, Canada, where her kids attend school,
the Houston Chronicle reports.
According to the lawsuit, Obioma boarded the plane and
found a white male passenger sitting in her assigned
business class seat, from which he refused to move. When a
flight attendant failed to resolve the conflict as the man
continued to refuse to move to his own assigned seat,
Obioma agreed to take his spot.

Obioma went to the restroom before takeoff and returned to
find the man blocking her from accessing the seat for
several minutes. The mother then alleged that a United
staffer, identified as Russel H., instructed her to step off the
plane, where she was informed by another United agent that
the pilot requested that she exit as the man causing trouble
complained that she was “pungent” and did not feel
comfortable flying with her.
Shaken, Obioma had her children removed from the flight as
well, and the family made their connection five hours later.
A frequent flyer member of United’s Star Alliance
programme, Obioma said the airline discriminated against
her because she was black, African and Nigerian.
United returned Fox News’ request for comment with the
following statement:

“We have not yet been served with this suit and due to the
pending litigation involved in this matter, we’re unable to
provide further comment,” spokesman for the airline said, in
an emailed statement.
Obioma is seeking punitive damages and legal fees.