The Joint Admissions and Matriculation Board (JAMB) has
confirmed that it realized N8.4 billion from the sale of forms
for the 2018 Unified Tertiary Matriculation Examination
(UTME). 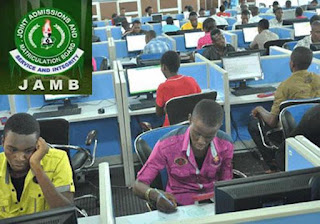 JAMB records indicate that at the end of the two-month
application window, it registered 1,662,763 candidates for
the 2018 exam, less than the 1,718,425 candidates who
registered for the exam within a month and two week period
in 2017, indicating a 3.2 percent decrease.
The Board had remitted N7.8 billion into the Federation
Account, a figure running short of revenue realized last year
from UTME sales.

JAMB Registrar, Prof. Ishaq Oloyede, who confirmed the
figure to newsmen in Abuja on Friday, said that it made
other payments to pin vendors and Computer Based Test
(CBT) centres for mock exams and other services.
“The board realized N8.4 billion from the sale of 2018
Unified Tertiary Matriculation Examination (UTME)

applications.People actually thought that N5,500 that we
collect for UTME application goes straight to JAMB purse.
“They calculate that by the number of candidates that
registered for the exam and arrive at a figure. But, in actual
sense, less than that enters the purse of JAMB. Others are
for expenditures that are needed for the success of the
exam,” he said.

Oloyede, however, declined comment on the amount that
would be remitted into the Federation Account, even though
he had earlier hinted that remittance into the account would
be same as last year.