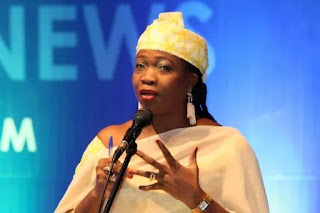 Senior Special Assistant to the President on Foreign Affairs and Diaspora, Abike Dabiri-Erewa, on Thursday, said that the Nigerian government will not revert its stance on blacklisting 52 non-accredited universities in the Benin Republic. Mrs Dabiri-Erewa disclosed this when Gbemileke Ogunronbi, President, National Association of Nigerian Students, NANS, Benin Republic Chapter paid her a visit in Abuja. This was contained in a statement by her Media Aide, Abdur-Rahman Balogun. According to her, the National Universities Commission, NUC, Joint Admission and Matriculation Board, JAMB, and the Ministry of Education had to blacklist some of these schools to save the innocent students. She, therefore, advised both parents and students to be wary of patronizing sub-standard universities in the neighbouring countries.

“Most of these institutions that Nigerian students attend in our neighbouring countries are sub-standard, we have better standard private universities in Nigeria than those schools. “That is why National Universities Commission (NUC) Joint Admission and Matriculation Board (JAMB) and the Ministry of Education had to blacklist some of these schools to save the innocent students. “Nigerian students are being exploited in most of these countries, there is a particular country we went to that a university is being run in the portal cabin right inside a market,” she said. According to her, Nigeria would not accept certificate from such schools for the National Youth Service Scheme (NYSC), because students who failed here run to those schools. “Don’t waste your money, your resources, your energy going to those schools because they are substandard. “We need to embark on awareness creation about these schools so that students would not be victims, our children don’t need to go there and they are paying more and getting lesser quality. “Let us start believing in ourselves towards revamping this country, the economy and using the money judiciously what it is supposed to be used for. “Unfortunately the issue of bad leadership in the past has affected the standard of education in the country with most of Nigerian students as victims. “Bad leadership over the years had plunged Nigeria to where we found ourselves today, this is one of the reasons why the youth must support the President in the fight against corruption.