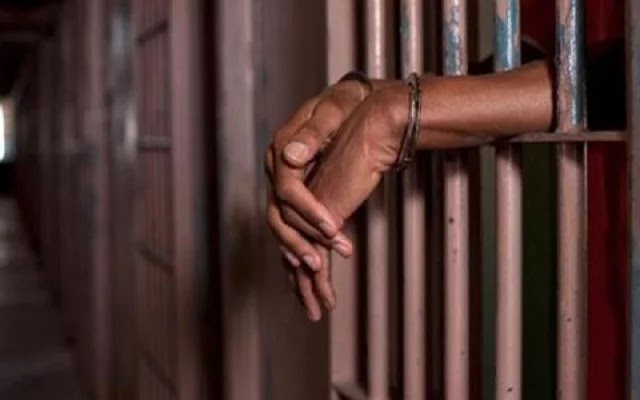 The police have arraigned a 50-year-old man, Ojo Olakunle, before an Ado-Ekiti Chief Magistrate’s Court for allegedly disrupting the All Progressives Congress (APC) governorship primary. Olakunle, whose address was not provided, is facing three counts bordering on destruction of ballot box and acting in disorderly manner. The Police Prosecutor, SP. Femi Falade, told the court that the defendant committed the offences with some other persons still at large on May 5 at Oluyemi Kayode Stadium, in Ado-Ekiti. Falade alleged that the defendant attempted to destroy the ballot box and ballot papers used at the APC Primary Election for the purpose of nominating its governorship candidate. Falade said the accused, without authority, interfered with and threw down the ballot box at the election centre. “He conducted himself in disorderly manner to prevent the election from taking place,’’ he said. The offences contravened sections 118 (5), 118 (1) of the Electoral Act 2010 as amended. The defendant, however, pleaded not guilty to the charge. Counsel to the defendant, Mr. Odunayo Okunade, urged the court to grant his client bail on liberal terms, promising that he would not jump bail. The Magistrate, Mr. Adesoji Adegboye, granted the accused bail in the sum of N200,000, with two sureties in like sum. Adegboye said one of the sureties should be a senior civil servant. The case was adjourned until June 13 for mention.