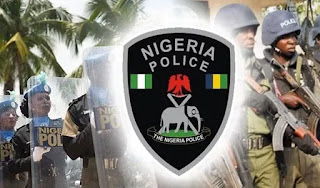 Jigawa office of the Joint Admissions and Matriculation Board (JAMB) has expressed its readiness to conduct aptitude test for successful candidates in the ongoing police recruitment exercise. Malam Ibrahim Labaran, the JAMB Coordinator in the state, gave the assurance during an interview with the News Agency of Nigeria (NAN) in Dutse on Thursday. JOSHSPOT reports that successful applicants are to sit for an aptitude test that will be prepared and conducted by JAMB on behalf of the Police Commission. “The Jigawa JAMB office is fully prepared to conduct the aptitude test for the successful candidates of the police recruitment. “And we have concluded all arrangements to do that transparently and inline with our rules, regulations and guidelines. “We have the facilities, manpower and all that is required to conduct the exercise,” Labaran said. [ The Deputy Inspector of Police (DIG) in charge of North- West zone, Mr Maigari Dikko, who inspected the recruitment exercise at police headquarters in Dutse, stressed that JAMB’s involvement was to ensure transparency in the conduct of the test.

“JAMB will conduct the aptitude test on our behalf, and it will announce the results on the spot so that nobody will say that the test is conducted in some place and the results brought from somewhere else,” he said.