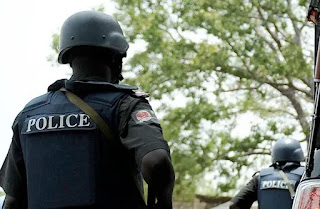 Some residents of Opopo-Yeosa, Oritamerin, Abebi and Inanlende areas of Ibadan, the Oyo State capital, have deserted their shops and homes following fresh onslaught on hoodlums and touts who allegedly assaulted and injured a policeman. The policeman was said to have been attacked while attempting to arrest some hoodlums in connection with last week Tuesday’s violence. The raid which started on Monday continued on Tuesday by armed policemen in the affected areas, which made residents to abandon their shops and homes. Commercial and private vehicle owners are also avoiding plying the affected routes out of fear.

JOSHSPOT gathered that trouble started last week when three persons were reportedly killed in a bloody fracas in Ibadan following a violence that broke out among touts and hoodlums numbering about 50 during a yearly carnival in Ibadan. Many residents also sustained severe injuries following the mayhem which started last Tuesday night. Residents revealed that the crisis started during the time a popular Fuji musician visited Gbagi, to perform during this year, May 1 Gbagi Day celebration. One of the members of the security committee of the areas who refused to mention his name, told journalists that the crisis started when the musician doled out cash to one among the two groups. He noted that the Chief Security Officer (CSO) of the areas, Chief Gbenga Akinyemi who was appointed by the local government to keep peace in the area was not around when the crisis started. He further said, immediately the CSO was alerted about the unrest, he called the DPO of Mokola police station to deploy his men to the areas before it escalated to other areas. He gave the name of one of the victims as Hammed Barika and two others who lost their lives when they engaged in gun duel with the anti riot squad of the Nigerian police force who were deployed to douse the tension. He said “When they wanted to overpower the police, they called for more reinforcement, and in the process, three people among the hoodlums were killed. The two groups were here few hours ago. Those boys are regrouping now. They set the house of the CSO ablaze last night and they are after his life now,” he said. Another resident of the area revealed that the residents could not sleep on Monday when the hoodlums arrived the area before the heavy down pour. He said “We appeal to the security agencies and the Oyo State government to come to our rescue because we don’t know what will happen if these boys engage the police again.

They are everywhere now”. Police Public Relations Officer, Adekunle Ajisebutu said he was not aware of the causality. He, however, promised to contact the Divisional Police Officer ( DPO) in charge of the affected areas. He said “I am not aware of any death. However, there was actually a public disturbance by some hoodlums. The police responded swiftly and restored normalcy. Some arrests were made. Case under investigation”.