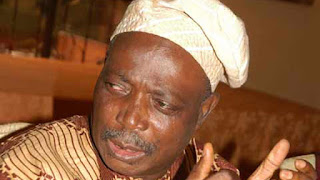 The Federal High Court in Lagos on Thursday heard how a former governor of Oyo State, Rashidi Ladoja, allegedly failed to remit N1.9billion realised from the sale of the state’s shares. . The Economic and Financial Crimes Commission (EFCC) told the court that the money allegedly went to Ladoja, his family and friends and was not refunded. An EFCC investigator, Abubakar Madaki, testifying in Ladoja’s trial, alleged that the former governor unilaterally gave instructions in 2007 that the shares be sold. He said the shares, worth N6.6billion, were sold without the state executive council’s resolution.

The investigator said Ladoja engaged Fountain Securities as a portfolio manager to sell the shares at a discounted rate, adding that the shares were acquired by McLace Securities. “In the course of our investigation, about N500million was recovered from McLace Security, Fountain Securities and other stockbrokers. “The balance could not be recovered because some of those who purchased the shares were not even stockbrokers as highlighted by the report of the Nigerian Stock Exchange. “Part of the proceeds was used to offset the four cars given to the first accused (Ladoja), which he confirmed. That too, the first accused has not refunded the value of the cars neither did his family members and associates refund what was given to them. All these were part of the proceeds.

“I can name the cars for clarity. There is a jeep; there is a bus and two cars out of the cars supplied to members of the House of Assembly loyal to the first accused when he was governor. “All these were paid for with the proceeds of the shares. The first accused confirmed this in his statement; he promised to make a refund then but as at today, he has not done so,” Madaki said.