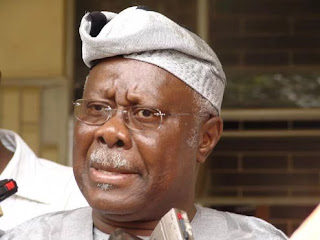 Dipo George, the son of former Deputy National Chairman of the Peoples Democratic Party, PDP, Chief Bode George, is died. JOSHSPOT reports that Dipo was born by the George’s first wife, Feyi. According to family sources, Dipo was 42 years before his death at a hospital in Ikoyi, Lagos in the early hours of Thursday after a long battle with an undisclosed ailment.

While the cause of his death is still sketchy, he is reported to have been suffering organ failure before now.