Skip to content
A legal practitioner, Ogedi Ogu, has filed a N10m lawsuit against Oxford University Press, publisher of Oxford Dictionary, over an alleged wrongful definition of the words “mortgagee’’ and “mortgagor” in the dictionary.
The first defendant in the suit filed before the Lagos State High Court in Igbosere is the University of Oxford while Oxford University Press was joined as the second defendant. 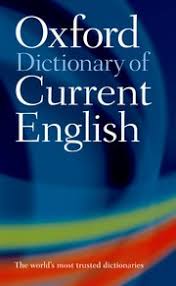