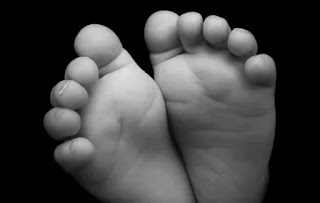 The Police Command in Enugu State has commenced
investigation into the alleged sale of a baby boy for
N300,000 in the state.

The command’s spokesman, SP Ebere Amaraizu, made the
disclosure in a statement issued in Enugu on Saturday.
He said that the investigation commenced on May 3 after
the command arrested one of the buyers.
Amaraizu said that the mother of the baby boy identified as
Nwanneka Ezechi, 30, from Akama Oghe in Ezeagu Local
Government Area was said to have been impregnated by a
yet-to-be-identified man.
The police spokesman said that Ezechi later disappeared
from home to an unknown destination.
“It was further gathered that in November, 2017, she
declared that she had given birth to a baby boy but this was
not disclosed to the family”.

Amaraizu said that when the family discovered that she had
given birth and the whereabouts of the baby was not known,
they reported to the police who arrested the lady.
He said that her confession led to the arrest of one
Okechukwu Nyia of Akpasha village, Akegbeugwu in Nkanu
West Local Government Area of the state, whom she
allegedly sold the baby boy to at N300,000.
The spokesman said that the two suspects had been helping
police operatives in their investigations to identify the person
whom Nyia had allegedly sold the baby to.