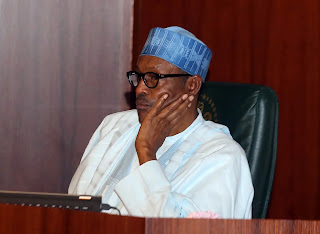 The opposition party said what Buhari would want Nigerians
to believe when he spoke at the All Progressives Congress
(APC) ward congress in Daura, Katsina State on Saturday
was in sharp contrast to what he stands for.
The party spokesman, Kola Ologbodinyan made this
disclosure in a press statement made available in Abuja.
In his words, “It is unfortunate that the same President, who,
in an interview with Voice of America (VOA) last week,
could not present any agenda to justify his re-election bid, is
attempting to sway Nigerians with cosmetic patriotism.
“What President Buhari’s handlers fail to understand is that
Nigerians, being direct victims of his misrule, are aware that
the harsh and reckless policies of his incompetent
administration, coupled with his body language, are
expressly responsible for the untold economic hardship,
ethnic division and daily bloodletting currently ravaging our
nation.

“If, indeed, the President was out to serve, as he claimed at
the APC congress, we challenge him to show any of his
2015 campaign promises he has fulfilled or any development
project initiated and implemented to the benefit of the
people in the last three years.
“President Buhari’s second term agenda is directly a quest
to continue to enrich the Presidency cabal, promote
nepotism and protect cronies and corrupt members of the
All Progressives Congress (APC) from the long arms of the
law”.

Ologbodinyan added “President Buhari’s second term is also
a quest to continue to ignore and destroy democratic
principles; to continue trampling on the rights of citizens
and persecution of opposition and perceived political
opponents; to continue the derailing of democracy with
manifest disdain for constitutional order; to continue with
the intimidation and harassment of the legislature and the
judiciary; perpetuation of mediocrity in governance; de-
marketing Nigeria at international fora and to blame
everyone else but himself for manifest incapacity to govern.”
The PDP stated that re-election of the president would surely
lead to the complete destruction of our economy, our
democracy and most importantly the unity of our nation.
It also described the bid for the re-election of the president
as the agenda of his cabal who were desperate to protect
huge economic empires and to cover their atrocities in
government.