The Presidency on Sunday said President Muhammadu
Buhari would not hesitate to sack any government official
found culpable in any corrupt practices.
The Senior Special Assistant to the Vice President on Media
and Publicity, Mr. Laolu Akande, disclosed this in a
statement. 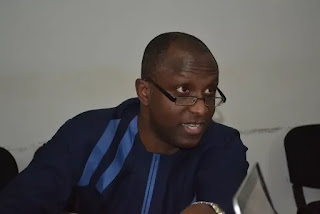 Laolu said Buhari would sack government officials same way
he did former Secretary to the Government of the
Federation, Babachir Lawal, and a former Director-General
of the National Intelligence Agency, Ayo Oke.
He stated that the present administration was aware of
attempts to raise unsubstantiated claims about the
government.

He said, “What Nigerians know is that this administration
has shown itself clearly to be above board, and has ensured
no sacred cows at all where evidence have been tabled.
“For instance, the President has fired the former Secretary
to the Government of the Federation when a case was
established, and an EFCC investigation is ongoing.
“This is also the same for the former NIA DG, who was
removed and investigations are ongoing.
“There would be prosecutions for corrupt politicians: these
are top members of the administration who have been
shown the way out because of the cases established against
them.”