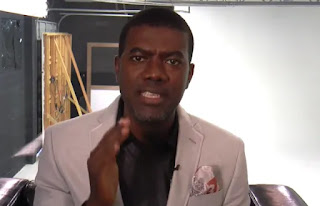 Reno Omokri, a former presidential aide, has slammed the
Presidency for saying President Muhammadu Buhari is
currently in London due to ‘technical stopover’.
DAILY POST reports that President Buhari is currently in
London, United Kingdom after leaving the United States.
Shehu Garba, the Senior Special Assistant to the President
on Media and Publicity attributed Buhari’s presence in the
British capital to what it called “technical stopover.”

He had said: “They (President Buhari and his close
attendants) had a technical stopover in London. I am sure if
you keep your ears to the ground, you will hear of his arrival
soon.”
The presidential spokesman, however, did not give details of
the ‘technical stopover’ but insisted it’s not something to
worry about.
Reacting through his Twitter handle on Thursday, Omokri
said the Presidency should stop embarrassing itself.