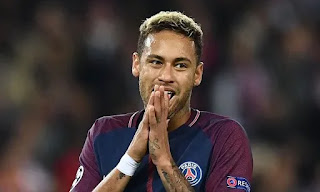 Departing Paris Saint-Germain manager, Unai Emery, has
admitted he hasn’t been the main man at the Ligue 1 club
since the arrival of Brazil superstar Neymar from Barcelona
for a world-record €222million last summer.
Speaking with Marti Perarnau’s Tactical Room, Emery set
the record straight regarding some of the issues that have
plagued his second season at Parc des Princes.
“One day, Jorge Valdano [former Real Madrid sporting
director] made me think by saying the following: ‘In
Barcelona, the leader is Lionel Messi. At Real, it is
[president] Florentino Perez. At Atletico Madrid, it is [coach]
Diego Simeone.’

“So, a player, a president and a coach – each time, a
different leadership profile. I know when I am the main
person responsible for a squad and when I am not. It is
something that you learn with time and through experience.
At each club, you must know which role you occupy and
what role the squad has entrusted you with.
“My opinion is that the PSG leader is Neymar. Or, more
precisely, will be called Neymar because he is in the process
of becoming that,” Emery said.