Pentecostal Fellowship of Nigeria (PFN), South-South region,
has accused the Federal Government of supporting the
wanton killings by herdsmen in some states of the Middle-
Belt. 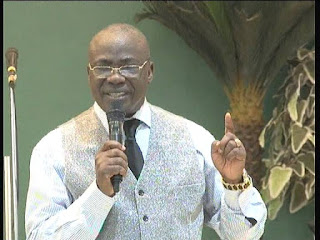 The Christian body said the Nigerian government should
prove its allegation wrong by ending the spate of killings
across the country in two weeks.
The Vice President (South-South) of the PFN, Bishop
Simeon Okah, made the allegation on Thursday, at a press
briefing held at the headquarters of Flock of Christ Mission,
Enerhen town in Delta State.
The cleric, who insisted that people in government knew the
identity of the killers, called on the nation’s security chiefs to
resign, having failed in their duties to protect lives of
Nigerians.

He lauded President Donald Trump of the United States of
America (USA), for tasking President Buhari to end the
killing of Christians and other Nigerians across the country.
His words, “The federal government, from the least to the
top, knows where the forces killing these people come from
and if their hands are not in it, they should stop it.
“In another two weeks, if these killings don’t stop, Nigerians
should know that the Federal Government has refused to
address the issue.
“Buhari is a retired general and what some of us thought he
is, if we didn’t over-value him, he has what it takes to stop
this whole thing in one week.
“The storehouses where these arms are piled are all over the
country, not only in the Middle belt, even in Delta here; the
country is not safe. There are arms piled up everywhere.
“Where do herdsmen get money to buy AK47? How many
cows will you sell to buy one?” he queried.

The cleric joined other notable Nigerians to call on all the
service chiefs to resign their appointments having failed in
their duty to stop the pogrom in the country.
“Those who have been calling for the sack of the military
chiefs have their reasons; our security chiefs can’t deny that
they don’t know the source arming these people.
“They can’t deny that some of them are the ones who gave
these people those arms.
“If that in Nigeria nobody resigns, even when they are failing,
by now our top security chiefs ought to have all resigned and
I’m not talking just about the army; all of them, including the
DSS and the police, are there.
“It’s only the junior ones who don’t know, the top class
knows where arms are piled, they know where they came
from,” he noted.

The fiery man of God further alleged that the grand plan of
the killers in the Middle-Belt is to wipe out those who
mention the name of Jesus, urging Trump to take Buhari to
task in preventing this.
“What I will like Trump to still understand, for now, the
concentration is on the Middle-Belt, they want to see how
everybody who mentions Jesus, in the whole Middle-Belt, is
to be cleared, quote me, if anybody doubts me, by the grace
of God I can stand and give prove.
“Why some of us are feeling concerned is because the
people in the Middle-Belt are not animals, they are not birds
or chickens.

“The issue is not just because they are Christians, but
because they are human beings.
“That’s why I said Trump tried, but he will still have to call
him because apart from the Middle-Belt you all know that
there’s killing all around this country,” he averred.
However, Bishop Okah acknowledged that before President
Buhari came on board, there were kidnappings, Boko Haram
insurgency as well as armed robberies, “but you will agree
with me that these last three years all these things have
increased.”