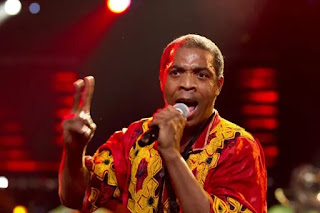 Seun Kuti, son of late Afrobeat legend, Fela Anikulapo Kuti,
has reacted to the federal government’s ban on the
production of Codeine containing syrups in Nigeria.
JOSHSPOT reports that the Minister of Health, Prof. Isaac
Adewole, on Tuesday directed the National Agency for Food,
Drug Administration and Control, NAFDAC, to ban with
immediate effect further issuance of permits for the
importation of codeine as active pharmaceutical ingredient
for cough preparations.

Adewole said the directive became necessary due to the
gross abuse of Codeine usage in the country.
But reacting through his Twitter handle, Kuti said the ban
would not be effective as it only means that drug dealers will
make more money.
He wrote: “Igbo has been banned since forever (unjustly) but
e still dey everywhere.
“The reactionary ban of Codeine by the FG only means drug
dealers will make more money from it. It can’t affect supply.
#Bigpharma”.