The adviser to Bauchi State Governor, Mohammed Abdullahi
Abubakar, on Special Duties, Sani Mallam has resigned his
position with immediate effect
This was just as the adviser admitted that APC is gradually
sliding like a sinking ship. 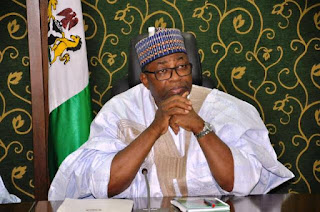 Sani Mallam exclusively told JOSHSPOT in an interview on
Thursday in Bauchi.

He said, his decision to resign his appointment was to
enable him concentrate on campaigning for APC
Chairmanship in Bauchi state ahead of the party’s Congress.
According to Mallam, he cannot combine office routine
while engaging in campaign for the party’s chairmanship
Mallam, however, said the All Progressive Congress party
was sliding gradually due to its current crisis.
He blamed the outgoing team led by Ahmed Uba Nana for
the party’s crisis, saying APC popularity is fast drifting.
” There is no justice in the APC currently at all levels and if
not addressed, the party may lose to the opposition,”
Mallam said.

Mallam stressed that APC supporters will not fold their
hands while the governors imposed unpopular candidate
during the party’s Congress.
” Let the APC try the mistake of PDP in 2015 and see how
the party will lose election to the opposition,” Mallam said.
He then cautioned APC against imposition of candidates for
personal interest detrimental to the party.