Abubakar Tafawa-Balewa University, Bauchi has dismissed
two of it’s senior lecturers.
This was contained in a Press statement made available to
JOSHSPOT in Bauchi Thursday and signed by Dr. Andre
Iheme, Directorate of Information. 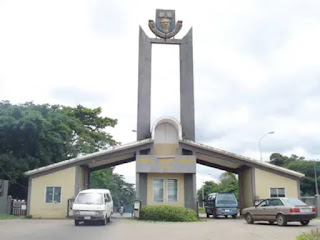 Those dismissed according to the statement are Professor
Ahmed Rufa’i of the Department of Humanity Anatomy,
College of Medical Sciences and Dr Idris Isyaku Abdullahi
Department of Accounting and Finance respectively.
Rufa’i, according to the university management was
dismissed for taking appointment with the ATBU after
clocking over 50 years of age.

While Dr Idris Isyaku Abdullali was dismissed over allege
defamation of character, smear campaign/ false claims
against the university management.
The statement further said, both staff’s dismissal from
service takes immediate effect and they are directed to
hand in the university properties in their possession
including identity cards.