Residents of Kuntu/Oja-Tuntun area of Ilorin, were on
Tuesday thrown into mourning after the lifeless body of one
Ibrahim Shuaib was found.
The corpse of the late boy was allegedly found near a
stream in the area by some traders on their way to the
market. 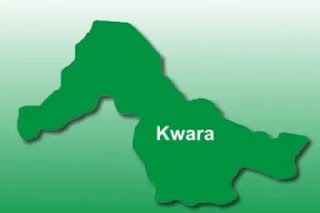 It was gathered that Shuaib was a student in one of the
Qur’anic and Arabic studies, in Ilorin.
His Qur’anic teacher Ustaz Yunus Apo, confirming the death
of Shuaib to PUNCH, expressed shock over the news, saying
that he was in good health previous night when they parted.
He said “it was a misery that Shuaib is dead. I couldn’t
believe it. He was having fun with his friends last night,it
was one of his friends who came to break the sad news to
me.”

Kwara state police command spokesperson Ajayi Okasanmi
also confirmed the incident.
“It’s true. We heard that he jumped into the river to swim
and died. His remains had been taken to the mortuary of
University of Ilorin Teaching Hospital,” he said.