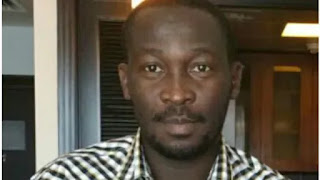 Ahmad Salkida, a journalist known to have access to Boko
Haram’s leadership has admitted his only regret in reporting
the insurgency is that he turned down several requests to
interview its leader, Abubakar Shekau.
Salkida disclosed this while engaging his followers in a
question and answer session on Twitter.
He added that if the opportunity comes again, he would not
hesitate to accept it.

“My only regret today is turning down several requests to
interview #AbubakarShekau between 2011 to 2016 and I
doubt if such an opportunity will come my way again, if it
does, I will not hesitate to risk it, like any other serious-
minded reporter would.
“The sole reason I turned it down was, I am Nigerian and
live in Nigeria. Reckon I have not interviewed a Shekau, yet
went through a lot for mere scoops. But a lot has changed
today, I guess.

“No doubt, Nigeria is one of the most difficult places to be a
journalist and the biggest threat to journalists are journalists,
before anything else. I am stating this from experience of
working as a journalist in Nigeria in the last 18 years,”
Salkida wrote.