The Christian Association of Nigeria has commended the
President of the United States of America, Donald Trump for
condemning killing of Christians in Nigeria. 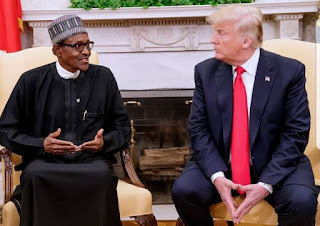 During a joint press conference with President Muhammadu
Buhari on Monday, Trump said the“killing of Christians in
Nigeria was unacceptable” to the American government.
Reacting, CAN in a statement issued by its spokesman,
Pastor Bayo Oladeji, noted that Trump told Buhari the right
thing to do.
He, however, said if Buhari does not sit up and protect
Christians, they will defend themselves.
Oladeji said, “We are happy that President Trump has told
President Buhari the right thing to do. We hope and believe
President Buhari would do the right thing and sit up. He has
to sit up.

“Every time we tell them Christians are being killed, they
don’t want to listen, but that is the truth. If the President
cannot protect Christians, we have two options, we fight
back.
“The law of the land permits self-defence. Secondly, come
2019, we vote him out. If he says there is nothing Christians
can do, let him dare us.”