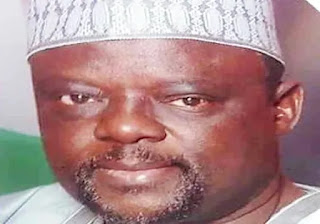 Dr Yakubu Ibrahim Lame, former Police Affairs minister, has
distance himself from Northern plot to replace President
Muhammadu Buhari ahead of 2019 elections
Lame exclusively told us in an interview in Bauchi
that there was no time the issue of replacing President
Buhari with another Northern consensus candidate was an
agenda of the meeting he attended.
Return-trip Lagos to New York from

” I’m surprised to read from National Dailies that the
meeting I attended discussed an agenda of replacing
President Buhari with a credible person from the North.
However, that is a brazen false with no foundation,” said the
ex-minister.

” I know this group exists and I attended the first meeting
and therefore disassociates my self from any move to
replace Buhari in 2019 elections” Lame reiterates
The ex-Minister maintained that he will not betray president
Buhari’s confidence assuring that he will work within the
framework of APC to produce credible president in 2019
It could be recalled that recent media reports had it that ex-
generals, governors and ministers from North extraction had
moved to replace Buhari’s candidature ahead of 2019
elections

According to Lame, there is no alternative to President
Buhari as far as APC candidate is concerned.
” One candidate has already indicated interest to re-contest
and that is Buhari, so I am supportive of his programme and
that of my party, APC” added Lame
The ex-minister therefore urged Northern stakeholders to
always bury their political rivalry and put hands on deck for
the regions’s collective interest.