Ahmed Buhari, the initiator of Ahmed Buhari Youth
Movement, has said that he will kill ‘cabalism’ if he wins the
2019 presidential elections. 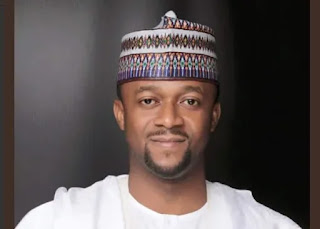 Buhari, who was speaking with journalists on Sunday in
Ilorin, also explained that his interest in vying for the office
of the president of Nigeria was informed by the need to
have a generational change in the leadership of the country.
The geologist by training, noted that the youth had lost hope
in the current system of governance which had created a
wide gulf between the young and old generation.
“Most importantly, our involvement is going to be an
enlightenment to young people that it is true that we can do
something.

“To let them know that the reason we are doing this is
because we understand that if we do not allow responsibility
to be transferred from one generation to next generation at
the right time, a vacuum will be created.
“If this vacuum is created, a lot can go into that vacuum. It
could be herdsmen; it could be Boko Haram; it could be
kidnapping; it could be baby factory; it could be armed
robbery, it could be a lot of things.

“It is because these young people do not feel any need for
them to be looking up for something that hope is lost and
so we are trying to revamp young people to understand that
they have to participate in politics.
“While they participate in politics, they shouldn’t make
money politics a front burner for them. They should be more
concerned about how they will even support aspirants so
that when they get to the office, those aspirants will be
answerable to them.