The Lagos State Police Command said that it had
concluded investigation on a 39-year-old
mother, Ayo Sheriff, who allegedly abused her child
with a hot electric iron over N250.
The command’s spokesman, SP. Chike Oti , made this known
in a statement in Lagos on Sunday. 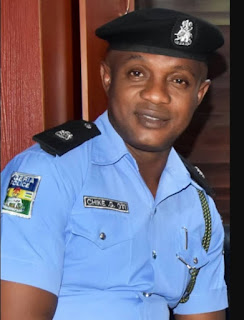 He said that the case was reported by Chosen Child
Orphanage located at Gastya Estate, Ijora-Badia on behalf of
the 16-year-old daughter.
Oti said that the upper and lower right limbs of the victim
were allegedly burnt by her biological mother with hot electric
pressing iron.
He said the Commissioner of Police in Lagos, CP Imohimi
Edgal, was miffed at the sight of the wounds inflicted on the
child by her mother.
“The Gender Section of the Command, headed by SP. Adejoke
Cole, has concluded investigation into the case and would
charge the suspect to Ikeja Magistrates’ Court on 30th April,
2018, ” he said.

Oti said that the daughter, a student of a secondary school
and also a part time student nurse in auxiliary capacity, was
given N500 by her boss.
He said that the victim was instructed to hand over N200 to
someone on her way home, use N50 as transport fare and
return the balance of N250 to her boss the next day.
“However, on the day she was supposed to return the balance
of the money to her boss, the victim defaulted. She told her
boss that the money was with her mother.
“The boss called her mother on the phone and she denied
knowledge of the money.

“When the victim returned home from work, her mother, who
was already waiting for her, plugged an electric iron and waited
until it was red hot.
“At this stage, she used the red hot iron to welcome her
daughter home, accusing her of being a disgrace to the family, ”
Oti said.
According to him, the commissioner has called on parents to
correct their children with love.
Oti decried the increasing rate of domestic violence, which he
said, was a source of concern to the command.

What is your take on this??? Do you have something to say about this? Drop a comment believe