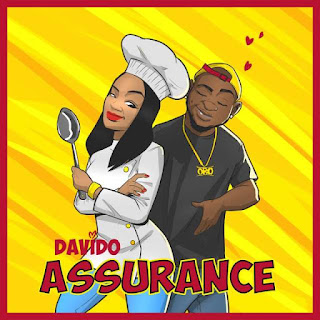 Following his epic performance at the Castle Lite
Unlocks concert in Lagos, which featured J Cole as
the headline act,Davido has dropped a new single
titled ”Assurance”.
The track is reportedly dedicated to Davido’s long time
girlfriend, Chioma.
”Assurance” is another heavy tune in the latest line of releases
from the artist following his ”Flora my Flawa” single released
earlier in the year, and the reigning hit record ”Mind” with his
DMW crew.
The single which is produced by SperoachBeatz , is also
dedicated to guys out there who really loves and care about
their woman.

Drop a comment below if you need the music!!