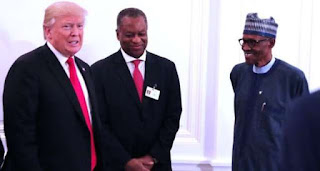 The Ijaw Youth Council, IYC, has urged President
Muhammadu Buhari to seek foreign assistance from the
United States, US, and other foreign countries in tackling the
herdsmen menace in Nigeria.
The call was made by IYC President and Secretary, Eric
Omare and Henry Iyalah, respectively, in an open letter to
Buhari.
The council also warned of a likely breakdown of law and
order in the country ahead the 2019 general election if the
Federal Government failed to deal with the herdsmen
menace.

According to IYC, “We urge Mr. President to use your foreign
trips, including your trip to the United States, to seek support
to stop the menace of herdsmen’s persistent killings and
ensure free, fair and credible elections and not support to
win election for yourself.
“The interest of the generality of Nigerians should be
uppermost in your mind over and above your personal
ambition to win re-election as President, in the interest of
peace and security of our country, Nigeria. We also hope
that you will not tell President Donald Trump that Nigerian
youths are lazy.”
IYC also faulted the alleged manhandling of Kogi West
Senator, Dino Melaye by police officers.
The body said the alleged “Gestapo” treatment of Melaye
was seen as a “strategy to silence opposing voices in the
build up to the next general elections.

Recall that Melaye was alleged to have jumped off a police
van in Abuja while being transported to Kogi State to face
criminal charges.
Following the incident, the lawmaker sustained injuries and
is currently at the intensive care unit of the National Hospital
in Abuja.
However, IYC alleged condemned the alleged ill-treatment
meted at “political players” by security agencies.
The council added, “Mr. President, the IYC is concerned by
the rising political tension in Nigeria arising from the
treatment of some political players by the security agencies.
“It is highly condemnable that people who express opposing
views to your administration are being harassed and
maltreated.

“The hallmark of democracy is the right to hold an opinion
and where this right is absent, then democracy is dead.
“The treatment being given to political figures such as
Senator Dino Melaye and others is highly unacceptable and
condemnable.
“The insinuation in the public is that the Gestapo treatment
is part of your strategy to silence opposing voices in the
build up to the next general elections.”