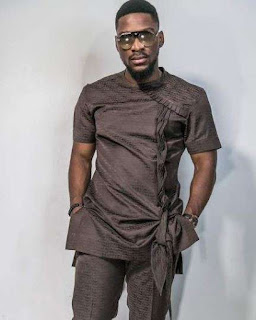 Former BBNaija star, Tobi has come out to say that
he would kill Cee C and Nina but he will marry Alex.
Don’t be scared guys, he only said this while playing the
‘Smash, Marry, or Kill ‘ game at Cool FM . When asked who he
would Smash, Marry or Kill among Cee C, Nina and Alex, the
BBNaija finalist gave a shocking answer.

“I’ll kill Nina, kill Cee-C, marry Alex. I won’t smash either of the
two,” he answered. He went on to say that he cant date Cee C,
saying that she needs to work on her emotions.
Tobi has got to be one of the most talked about housemates
since the end of the third season of the reality T.V. show. as
we remember a few days ago, Tobi’s rumoured girlfriend,
Regina came out to say she isn’t threatened by Alex. »
Looks like someone was just trying to get on Regina’s nerves
as a certain lady with the Instagram handle, @zionnqueen
took to her page to write what may have incited Regina.

“I wait for the fight and competition between Alex and Regina to
start. Thank God my King is out of that shit. #BBNaija,” she
wrote. This might have actually gotten on Regina’s nerves as
she then took to her own Instagram page where she said she
won’t be in the shadows of anyone.
“I see things like this and laugh! Women who have this
mentality lack self-worth, I dare say! I won’t talk too much…but
I know this, I am too POWERFUL to be in anyone’s shadow!
#identityconcious,” she replied.

The BBNaija season 3 ended on Sunday, April 22, 2018, after
85 entertaining days, Miracle was declared the winner of the
third season of the Big Brother Naija show » . He beat
finalists Cee-C, Tobi, Nina, and Alex to win the grand prize
worth 45 million naira . The housemate was announced as the
winner by Ebuka Obi Uchendu .

What is your take on this??? Do you have something to say about this? Drop a comment believe