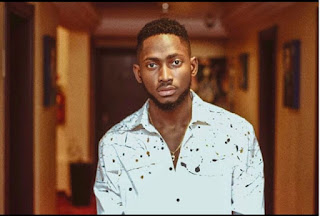 named an Education Ambassador for Imo State.
Miracle took to his Instagram page to share the news,
thanking his State Governor, Rochas Okorocha.
This comes a week after Okorocha’s son-in-law, Ugwumba
Uche Nwosu, congratulated him for his win, and asked that
Imo State Govt. honour him and his love interest in the
house, Nina. »

According to Nwosu, who is also the state’s Chief of Staff,
Miracle and Nina promoted the free education of the rescue
mission government while in the Big Brother Naija house.
During their stay in the house, Miracle and Nina, both from
Imo State, participated in the Airtel Goal Challenge.
The challenge allowed them five attempts to score as many
penalties as possible, with each weighing a hundred thousand
Naira to be donated to the schools each Housemates had
chosen, in the form of educational material.
The third season of #BBNaija came to an end on April 22,
with Miracle as the winner, » Cee-C as the first runner-
up, Tobi as the second runner-up, and Alex and Nina taking
the fourth and fifth spot, respectively.

What is your take on this??? Do you have something to say about this? Drop a comment below