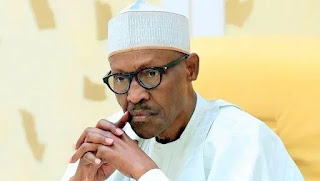 The Peoples Democratic Party, PDP, has reported President
Muhammadu Buhari to US President, Donald Trump.
Buhari jetted out of the country in an official visit to the
United States of America, USA, where he is expected to
discuss Nigeria’s economy and security with the US
President.
However, the PDP has drawn Trump’s attention to alleged
constitutional and human rights violations in the country
under his administration.
The National Publicity Secretary of the PDP, Kola
Ologbondiyan, while addressing a press conference on the
state of the nation in Abuja, yesterday, urged President
Trump to stand up for democracy and take President Buhari
to task on alleged constitutional and human rights violations
in Nigeria.

The PDP lamented that Buhari in the past three years as
president has destroyed the nation’s democratic order and
eroded the constitutionally guaranteed rights of the citizens.
He said, “Nigeria is facing a perilous time; our constitution
has been technically suspended; we have now become a
police state; governance has reverted to the nightmares of
the 1984 era, when draconian leaders held sway and
forcefully held our people under the grips of military Decree
2.
“Currently, there is a total collapse of respect for
constitutionally guaranteed personal freedom; there is no
regard for natural course of justice, life in Nigeria is
gradually returning to the state of nature and there is fear
everywhere.

“Today, Nigerians are being hounded, arrested and directly
detained on ‘order from above’, without warrant; citizens are
locked up in dehumanizing detention centres without
access to medical care and legal assistance, just for
holding
political opinions that run contrary to the views of those in
power at the centre.
“There are preponderance instances of citizens’ detention in
special police and military facilities for weeks, months and
in some cases, many years without trial. Nigerians are daily
falling victims of extreme torture, extra-judicial and arbitrary
killings and mass burial by unrestrained agents of state
security forces.

“The recent US government’s report on human rights
violation in Nigeria also confirmed cases of harassments,
persecution of opposition, arrests, detention and extra-
judicial killings under President Buhari’s administration.
“Indeed, the height of human rights abuse being witnessed
in our country today is the worst in our national
contemporary history.
“As we speak, government’s inaction and aloofness have led
to escalation of killings in Benue, Taraba, Adamawa, Kogi,
Kaduna, Borno, Yobe, Nasarawa, Edo,