The man’s sister in-law who had paid them a visit incognito
caught him lying in bed while his daughter was shamelessly
sitting on his manhood and they both were passionately
enjoying the sex. 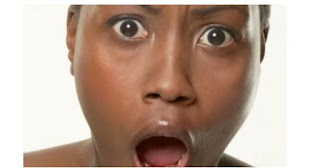 A public servant and his daughter shocked residents
of the entire community of Mwangaza, Hola Town in
Tana River County, Kenya when they were caught
red-handed having sexual intercourse which looked
clearly consensual.

The incident reportedly happened early this week and was
posted by KNA on Facebook which was subsequently
published by TUKO.co.ke on Thursday, April 26.
According to the report, the man’s sister in-law who had paid
them a visit incognito caught him lying in bed while his
daughter was shamelessly sitting on his manhood and they
both were passionately enjoying the sex.
The woman then screamed out of surprise and attracted the
attention of neighbours before she subsequently fainted.

The incestuous culprits then quickly dressed themselves up
and tried to resuscitate the woman who became victim of a
shameful circumstance.
When she finally gained consciousness, she called her sister
and mother of the delinquent girl who had gone to pay visit to
her parents out of town to narrate the incident to her.
However, to her utter surprise, the girl’s mother scolded her
that she should mind her own business. »
She was reported to have said that she has always been
aware of the situation, but chose to protect her marriage by
keeping quiet, knowing how violent her husband can get.
Apparent out of anger, the woman asked her sister: “Why do
you want to destroy my marriage?”

Meanwhile, neighbours expressed disgust at the incident, with
one of them saying: “The fact that it is the girl who was found
on top of her father is reason enough to believe the lass had
consented to her father’s lust.”