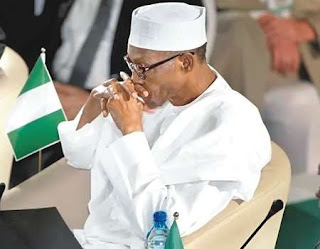 US says “massive corruption” is
evident under President’s
leadership

The report also faulted the operations of the EFCC in
prosecuting corruption charges.
The United States has scored the President
Muhammadu Buhari administration low, saying
corruption is evident across all levels of government.
The observation was stated in the US 2017 Human Rights
Report. It said the Federal Government led by Buhari failed to
implement laws against corrupt practices.
The report added that although the government took steps to
investigate alleged human abuses, “impunity remained
widespread at all levels of government.”
It said in part, “Although the law provides criminal penalties for
conviction of official corruption, the government did not
implement the law effectively, and officials frequently engaged
in corrupt practices with impunity. Massive, widespread, and
pervasive corruption affected all levels of government and the
security services.
“The constitution provides immunity from civil and criminal
prosecution for the president, vice president, governors, and
deputy governors while in office.”
The report also faulted the operations of the Economic and
Financial Crimes Commission (EFCC) in prosecuting
corruption charges. It said the Commission failed to follow
due process.
It cited the case of the embattled former National Security
Adviser (NSA), Sambo Dasuki » , who has been in custody
of the Department of State Services (DSS) since 2015, despite
court orders demanding his release.
The report listed the most significant human rights issues
during the year to include: “Extrajudicial and arbitrary killings;
disappearances and arbitrary detentions; torture, particularly in
detention facilities, including sexual exploitation and abuse; use
of children by some security elements, looting, and destruction
of property; civilian detentions in military facilities, often based
on flimsy evidence.”
The list also included, “denial of fair public trial; executive
influence on the judiciary; infringement on citizens’ privacy
rights; restrictions on freedoms of speech, press, assembly,
and movement; official corruption; lack of accountability in
cases involving violence against women and children;
trafficking in persons; and early and forced marriages.”
The report also berated Nigeria’s judicial system, saying it is
was compromised during the period under review.
Interference with judiciary
The US said the executive and legislative arms of government
continued to interfere with the judiciary.
It added , “Although the constitution and law provide for an
independent judiciary, the judicial branch remained susceptible
to pressure from the executive and legislative branches. Political
leaders influenced the judiciary, particularly at the state and
local levels.
“Understaffing, underfunding, inefficiency, and corruption
prevented the judiciary from functioning adequately. Judges
frequently failed to appear for trials.
“In addition, the salaries of court officials were low, and they
often lacked proper equipment and training. There was a
widespread public perception that judges were easily bribed and
litigants could not rely on the courts to render impartial
judgments.
“Citizens encountered long delays and received requests from
judicial officials for bribes to expedite cases or obtain favorable
rulings.”

The report is coming at a time the Buhari administration is
under heavy criticisms by prominent and ordinary Nigerians.
Ex-Nigerian leaders including former president Olusegun
Obasanjo » and former head president Ibrahim
Babangida » had at separate times written an open letter to
President Buhari, highlighting the failures of his government
and urging him not to seek re-election in 2019.
Despite these appeals, Buhari on Monday, April 9, 2018,
officially declares he is seeking re-election.