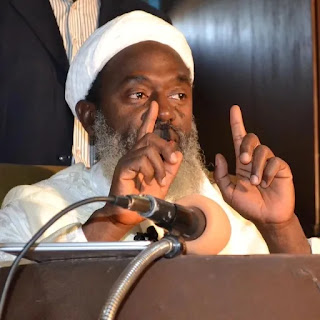 Prominent Kaduna-based Islamic cleric, Sheikh Ahmed Abubakar Gumi has given his thoughts on President Muhammadu Buhari’s leadership qualities – Gumi is of the opinion that the president lacks the capacity to lead Nigeria out of its present challenges – He advised the president to give way for someone who has the capacity to deliver ahead of the 2019 presidential election Prominent Kaduna-based Islamic cleric, Sheikh Ahmed Abubakar Gumi has stated that President Muhammadu Buhari lacks the capacity to lead Nigeria out of its present challenges. Sheik Gumi, who made the assertion during an interview with the New Telegraph, noted that President Buhari administration is doing his best, but the best he can offer is not good enough for the country. Sheik Gumi is a highly respected Islamic scholar in Nigeria.
: “It is like a student I used to have. He studies, do his homework and reads but when the exams come, he fails. The problem is not that he is not trying but that was his capacity. “The same thing is the problem of the present administration. Truly, they are doing their best, but their best is not good enough. What they need to do is to give chance to someone with the capacity to deliver.” But reacting to the cleric’s comment, the director, strategic communications of President Buhari’s Campaign Organisation for 2019 presidential election, Mr. Festus Keyamo (SAN), said the statement was a personal opinion. Keyamo stated that the cleric does not represent the views of the generality of ordinary Nigerians, adding that it would have been appropriate for Gumi to use available facts about the state of the economy and efforts of Buhari’s administration at tackling insurgency as the yardstick for analysing how government has performed. “Nigerians have gone beyond the era of blanket criticism. We have gone beyond that stage. After a criticism, Nigerians will want to know how best to tackle a situation being criticised better,” the lawyer said.
Meanwhile, ex-agitators under the aegis of National Assembly of Ex-militants have frowned at the declaration of interest of President Buhari to run for second term in office, saying Nigerians could not afford another four years of poverty ridden administration. The group which claimed to have worked for Buhari in the 2015 elections, said it has withdrawn support for the president, reiterating that the present administration had brought infectious poverty, abandonment of supporters and insincerity to develop Niger Delta region.